I’m not advocating digital piracy or bootlegging movies, but “Big Hy” is a pirate worth noting. Why? This World War II veteran copies brand new Hollywood movies and sends them to our troops in Iraq and Afghanistan. The cool part is, he doesn’t do it for profit — in fact, he uses his own dime to send hundreds and thousands of movies overseas!

A quote from the NY Times article:

As for his brazen violation of domestic copyright laws, Mr. Strachman nodded guiltily but pointed to his walls, which are strewed with seven huge American flags, dozens of appreciative letters, and snapshots of soldiers holding up their beloved DVDs.

“Every time I got back an emotional e-mail or letter, I sent them another box,” he said, adding that he had never accepted any money for the movies or been told by any authorities to stop.

Life is not a problem to be solved … 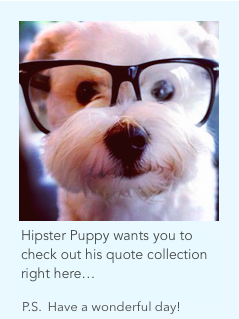