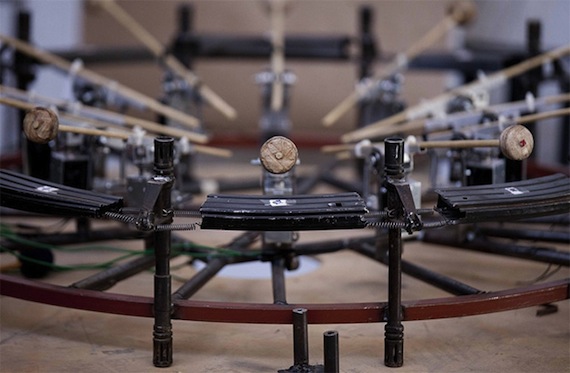 “The team acquired a variety of rifles, pistols, and shotguns seized from drug cartels by the Mexican army and used them to build the musical devices that are controlled by computers and can be pre-programmed to play music…”

Read the rest of the story here.

A library from trash